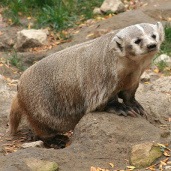 You need to be a member of Wisconsin WI FairTax to add comments!

It would be terrific if Fair Tax people in Wisconsin would concentrate on getting PopVox support votes for WI-01 thereby conveying the support to Chairman Paul Ryan and others.  Pop Vox is followed by closely by most Capitol Hill Staffers and many representatives.

What if the only tax you pay the federal government

is one you don’t have to calculate or report?

Glad to be here. I'm hoping to be the director of the 8th District. We need to get Reid Ribble completely on board. Working on databases for members and media outlets in the district. Not an easy task, but I'm going to do it. Anyone in the 8th Congressional District that would like to help or be added to the members DB, let me know. Thanks! And have a safe and wonderful rest of your Memorial Day week-end. God bless our Military Personnel, present and past!!! We love you all!!!!!!!!!!!!

Comment by Gerald Nielsen on August 2, 2010 at 4:02pm
FOR IMMEDIATE RELEASE
http://www.grassrootsfreedomride.com/2010overview
August 2, 2010- The Chippewa Vallay FairTax network will host Mike McLean of Grass Roots Freedom Ride on August 13 for a stop during his summer-long tour of America promoting FairTax. McLean left North Carolina June 2nd, rallying in 48 states on a ‘97 Heritage Springer painted in the FairTax theme. The rolling rally will traverse over 17,000 miles, raising awareness for FairTax and raising funds through mileage sponsorships.
Like many Americans, McLean is concerned about government spending, unemployment and governmental interference into the free market. “As congress continues to overspend, many see FairTax as the fastest way to get our economy going again by making American products more competitive internationally, putting more money into the pocket of the middle class and by keeping politicians from selling tax code to special interest groups,” McLean said.
“The FairTax meet and greet will be a great time to chat and brainstorm with fellow FairTax supporters as well as learn more about the movement if you’re still on the fence.
McLean will be departing from The Coffee Grounds, 3460 Mall Drive, Eau Claire, Wi. At 2:30 PM.Motorcycles and cars are encouraged to escort McLean out of the county, helping raise awareness for FairTax.
WHAT: FairTax Rolling Rally
WHEN: Friday, August 13, departing at 2:30 PM (gather @2:00)
WHERE: Starting at The Coffee Grounds, 3460 Mall Drive Eau Claire to Loopys.
WHAT: Chippewa Valley FairTax Meet and Greet
WHEN: Friday August 13, 2010 3:00PM-10:00PM
WHERE: Loopy’s
For more information contact Gerald Nielsen chippewavalleyfairtaxriders@yahoo.com or call 715-313-0314

Comment by Laura O'Halloran on July 1, 2010 at 1:54pm
“The FairTax is the biggest, most massive transfer of power from the Government to the people in the history of this country since the Declaration of Independence freed us from the King of England.” ~Neal Boortz

Comment by Billie on June 9, 2010 at 6:46am
You need to invite all of your friends to join FairTax Nation and then to join your State group. You are putting out good information; but you only have 27 members. (Think about 27 x 5 or 27 x 10) You could have a lot more attend your events. Keep up the good work and good luck.

Comment by Gerald Nielsen on June 8, 2010 at 8:37pm
The Freedom Ride is coming to the Chippewa Valley Aug 13 We need your help with Cars,Motorcycles,Trucks to show up and ride in with Mike and I.
Here is our working timeline for that day
As of now our itinerary is:
1:00-1:30 stage in Osseo Wi.
2:00-2:30 arrive in Eau Claire Wi
3:00-6:00 Meet and greet with Mike and members of the Chippewa Valley FairTax
6:00-10:00 live music,raffles for the FairTax fight.
For more info contact me or go to ChippewaValleyFairTax.org and contact anyone of us
Lets Make Some Noise
Jerry

Comment by Gerald Nielsen on June 8, 2010 at 7:33pm
hey Laura Mike will be in Milwaukee on Aug 14. Aug 13 he will be in Eau Claire more info coming soon Also we need riders I may be contacted here or e-mail me at chippewavalleyfairtaxriders@yahoo.com

Comment by Laura O'Halloran on June 8, 2010 at 6:07pm
Hello WI! The Grassroots Freedom Ride will be traveling to Milwaukee in July. I will be up there around that time. If any of you need help with your event, please do not hesitate to contact me!!!
I am organizing the New Orleans event as Mike rolls through this weekend. We are so excited!