Join the fight to pass the Fair Tax HR 25
and earn a chance to
WIN ONE of TWO
$300 Best Buy Gift Cards. 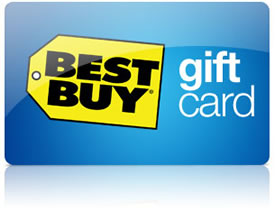 Use any ONE of the methods below to…

HR-6169 - The Pathway to Job Creation through a Simpler, Fairer Tax Code Act

I have read HR6169 in its entirety and it is my opinion, and the opinion of others, that we should get behind HR 6169 for the following reasons:
1. HR6169 is co-sponsored by Congressman Rob Woodall. If there is any person in congress that we FairTaxers feel we can trust, it is Congressman Woodall. He has not steered us wrong, and if he is behind it, that's good enough reason for me.

Response to Dr. Bill May's "Is Fair Tax the Answer?"

First, let me say that I have a lot of respect for Dr. May. He has a long and lustrous career behind him and has apparently done well for himself. But I disagree with his assessments on this issue and I intend to point out just where I disagree and why. I hope Dr. May gets a chance to read and respond to this, but if the more likely case…

FairTax Splinter Groups can be found just about everywhere; on the internet and in your local communities. Facebook is the primary culprit with ~50 different pages dedicated to the FairTax, dozens of people who have created FairTax related accounts that violate Facebook's Terms of Service, and a couple dozen FairTax Groups (not to be confused with pages). There are also many FairTax groups I've found on LinkedIn, Meetup, and various websites scattered around the internet.

Q: How can you help FairTax Nation become a sustainable resource?

It won't take much, really. There are currently fewer than 10,000 members on FairTax Nation (FTN); I'm estimating about 10% of them are active within any given month. If we all pool our own resources, each of us can do our own little part to help FTN grow.

For those of you who have little time but still want to contribute, an idea to help FTN grow would be to show up for 2 minutes once or twice per week and share your "My Page" either on Twitter or  Facebook. If your friends see that…

Please join this new FairTax Advocates Network on LinkedIn. This network of groups is all about showing our strength and helping you grow your personal network. We are hoping this will help improve local community participation in your area. http://LINKD.IN/FairTaxAdvocates

FairTax: In all Fairness!

Why is it fair to use a different...

FairTax – Expanding the Tax Base

EXPANDING THE TAX BASE AND INCREASING REVENUE UNDER THE FAIR TAX

It’s been said by those “in the know” (both Democrats and Republicans) that “the United States doesn’t need more taxes – it needs more taxPAYERS”. Here are several sources for more taxpayers: Read the Full article by…

The prebate is an integral part of the FairTax, and essential to one of the fundamental principles upon which the FairTax is built, namely an individual’s right to the fruits of their labors comes before any claims the federal government might have upon that person.  In other words, under the FairTax, citizens are allowed, and expected, to take care of themselves and their families first, and then, after those expenses are addressed, provide a portion of their “extra” resources to fund the… Continue