Orlando Tea Parties Posted by Economics9698 at 10:20 PM | http://fountainheadzero.com/ http://usa-wethepeople.com/ This past July 4th, 2009 Orlando had the privilege of hosting two taxed enough already parties. The first was at the Amway Arena better known as the home of the Orlando Magic basketball team. The second was at Orlando Festival Park. Some local conservative republican gave speeches from the steps of the Amway Center most notably Todd Long. The speeches from the Republicans are pretty much an updated version of Ronald Reagan’s 1964 Republican Convention speech that chastises the federal government for fraud, waste and abuse of individuals’ rights. Sorry Todd if I don’t believe a word you say. It’s nothing personal but after Bush 43, John McCain and John Boehner caved in every conservative principal there was to Goldman Sacks I just don’t believe a word any republican utters these days. Mr. Long is a lawyer who aspires to run for congress. Of course he is a lawyer, it seems these days nobody but lawyers are allowed to run for congress. And now he is also a radio talk show host. What a smart and economical way to get your name out in the public domain prior to declaring your intentions to run Mr. Long. I could not have planed it better. I wish Mr. Long the best but he better hope another Libertarian does not run against him in 2010. If that happens in Seminole County he will lose several thousand votes from the well established Seminole County Libertarian Party and Orange County Libertarian Party. When ever a Libertarian runs the republicans are quick to tell you how much of a waste it is. No let me tell republicans how much of a waste Ronald Reagan and Bush 43 were. Under Reagan and Bush 43 federal expenditures and investment increased 89% and 85% respectively. The Republican Party has been a complete waste of time and effort for those who believe in smaller government as well as more economic and social freedom. The Republican Party has totally failed in its mission to represent the people of the Untied States of America. I know Mr. Long and others believe they can fool the folks. I for one have enough education to look up the numbers on the Federal Reserve Bank of St. Louis economic research and get the facts. Most people cannot understand the data but a few of us can and the facts are republicans are all talk and no walk. Sorry Mr. Long but if you really want to make an impression declare yourself as a Libertarian. Sarah Palin seems to get it. Both major parties are rotten to the core. Time to throw the garbage out. I hope and pray Sarah declares herself a member of the Libertarian Party or start a new third party based on language, borders and culture. I hope if Sarah has the courage to distance herself from the stink emanating from both major parties others such as Mr. Long will do the same. Until then you can keep on talking but it don’t mean a thing. PS I am please to note at the second TEA Party rally they had a open microphone. I had the pleasure of speaking after a local Republican Party hack and was very please to tell the crowd a vote for a republican was a wasted vote. I think I compared the republicans and democrats as Coke and Pepsi. Oh it was soooo delicious. I think I will do it more as the opportunity presents itself. Read More...... 0 comments Links to this post | Sunday, July 5, 2009 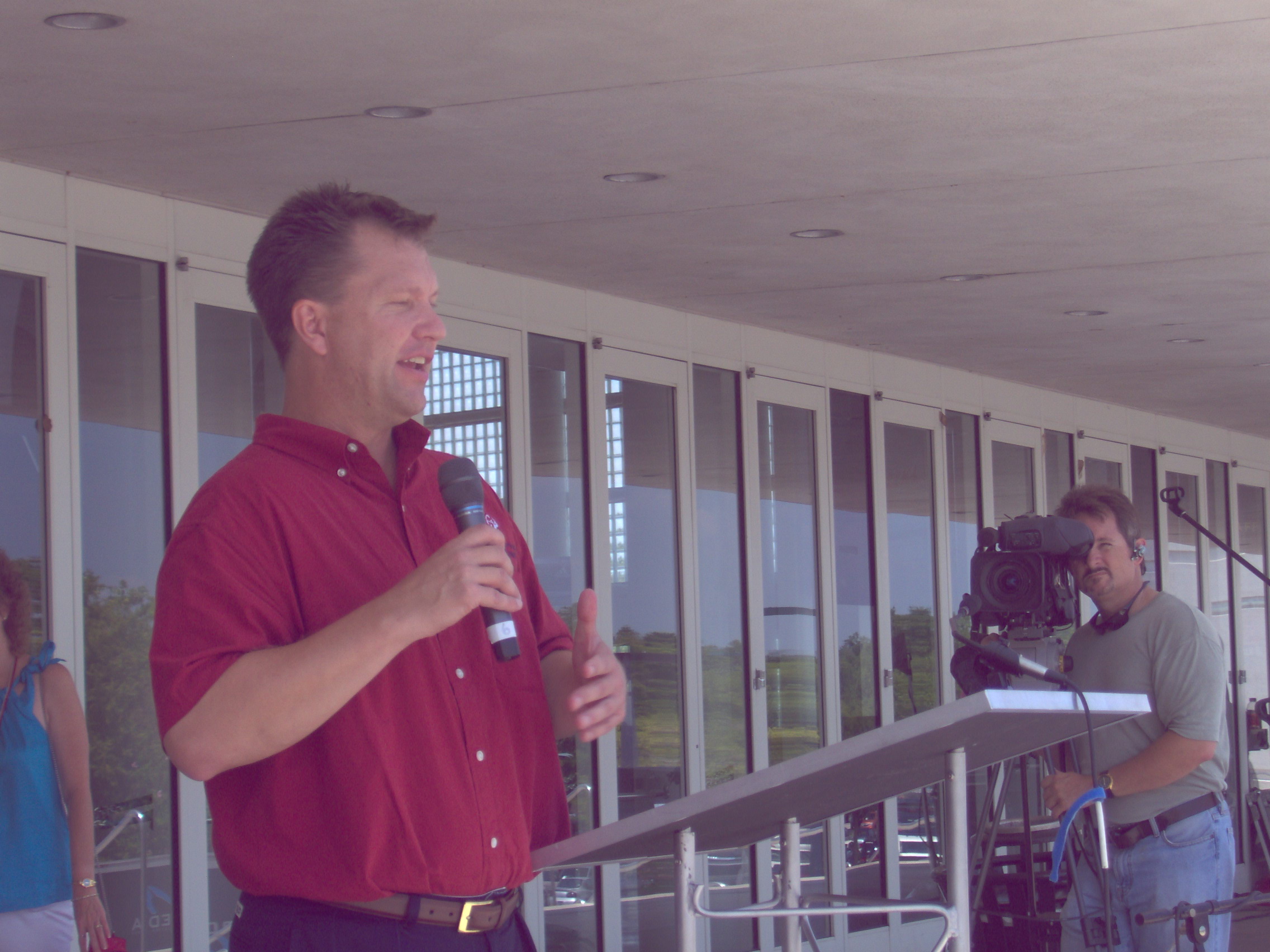 Comment by Clay Welsh on July 9, 2009 at 2:37pm
Mark, I think I'm a little bit older than you and have seen quite a few presidential elections in my time. Your comment, "If people want real change they will not get it from the Republicans or Democrats", has a lot of truth to it, and for years I seem to have been voting for the lesser of two evils. Years ago I belonged to the "American Independent Party." We just never could get the numbers we needed to effect change. I agree there's lots of things that neither the Dems or Republicans will accomplish. All I'm saying is to attack policies and beliefs. You are likely to gain more allies that way instead of attacking specific republicans.

I listen daily to Neal Boortz's streaming audio. I like many of the things that "Republican" Congressman Ron Paul has to say. Yes, I know he's really a Libertarian, but he must have thought that he could accomplish more as a Republican or he wouldn't be in Congress. In any event its better if we work together than if we try to alienate each other. I look forward to reading more of your posts. I'm on Twitter as "claywelsh" and Facebook as "claywelsh723". I wish you the best and lets hope that someday we can get this Fair Tax Act, HR 25 passed. Clay Welsh - W1PI

Comment by Mark and Aracelis Thompson on July 8, 2009 at 8:09pm
I am just stating the facts. If people want real change they will not get it from the Republicans or Democrats.

Thank you for supporting the TEA Party.

Comment by Clay Welsh on July 7, 2009 at 5:06pm
Freedom of speech is a wonderful thing and I support your right to say what you think, just as I have a right to disagree with you. I've been a lifelong conservative and would likely agree with many of the things you agree with. Unfortunately when it comes to Former President Reagan, that's where we split the blanket. I consider President Reagan one of greatest presidents this nation has ever had and your comments against him have not endeared me to your way of thinking.

I too was at the Orlando TEA Party and heard most of the speakers. I did leave a bit early and guess I missed what you had to say. I'd just like to say you won't win over many Conservative Republicans with comments against Reagan. Isn't it great that we can agree to disagree? Lets face a common enemy fascism and socialism, not attack other conservatives!