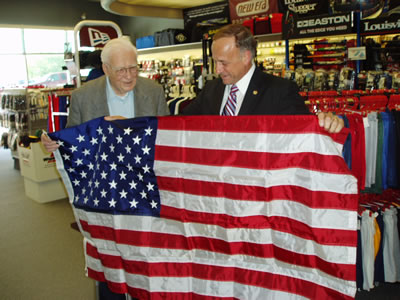 Comment by Brenda Janssen on March 10, 2009 at 8:33am
Rep King's willingness to listen and learn about what we've been doing and what we're continuing to do is refreshing! Not once did he say, "It's a great idea, but..." and you all know what usually follows that. We can do this. But we have to make sure the people we engage understand that it can be done, that it's not pie in the sky. When presenting the fair tax idea we should remember to mention that it IS ALREADY a bill in Congress and that it's going to take many voices turning the volume UP not remaining silent, to get this done. Hear, hear, Rep. King!