We must be willing

"Far better it is to dare mighty things, to win glorious triumphs even though checkered by failure, than to rank with those poor spirits who neither enjoy nor suffer much because they live in the gray twilight that knows neither victory nor defeat." -- Theodore Roosevelt

Dear Great Americans,
We must be willing to dare mighty things, as President Roosevelt so eloquently said it. We must be willing to stand up to the powers that be, and say to them, we will not sit back quietly while you use our political structure for your financial gain. We will not allow you to buy votes with the tax dollars you have seized from us. We are strong citizens that do not need your welfare checks that you hand out trying to create the "nanny state". The strength of the United States is found in its citizens, not it's government. The same citizens who volunteer for armed service while other countries require it be mandatory. The same citizens who banded together to fight the unethical racist views of segregation, and slavery. The same citizens who ignored the color, and focused on the principles of our 44th president.
We the people of the greatest country on earth demand more responsibility from our elected officials. We demand that our elected officials focus on saving our economy, and therefore saving our jobs and retirements. This is real! This is not a problem that can be solved by progressive ideological thinking. We know what works, and we know what does not work. Tax cuts have always worked in stimulating the economy. President Reagan proved this to be true.
When someone is inclined to analyze the numbers, and actually research the stimulus bill of 2009 that was passed by the House of Representatives. He or she will find that there are numerous faults with this spending bill being disguised as a stimulus bill. Here are the numbers that were acquired from the heritage foundation's website or more specifically www.heritage.org.
Cons
- 400 million dollars will be spent on sexually transmitted disease prevention, and research.
- 200 million is going toward bike and pedestrian trail development.
- 200 million will be spent to force the military to buy more environmental friendly vehicles.
- 34 million will be spent on renovating the department of commerce
- 75 million will be spent on a program to end smoking.
- 40 billion will be spent to upgrade telecommunications networks in the United States.
- Only about 11% of this bill is going toward policies that would stimulate the economy.
Pros
- 30 billion will go to rebuild roads and highways.
- 20 billion in business tax cuts.
It is obvious that the cons heavily outweigh the pros in this bill. There are very few proponents of this bill that can articulate a legitimate argument for it in front of someone armed with these facts. You as responsible American citizens are commanded to put down your ipod, put down your game controller, and put down your TV remote. Now, pick up a book, pick up a news article, read and educate yourself about the mishandling of your hard earned tax dollars. Do not presume that the politicians will make decisions that are in your best interest. Do not presume that you can stop researching politics after November 4th. You have a duty to make sure your voting power encourages our politicians to do the right thing.
These last remarks are effortless to understand. Pray for our leaders, pray for our nation, and pray for its people. God Bless this great nation, God bless the great citizens who are the foundation of this great nation, and God bless those who will dare mighty things and unite under the belief that America is great because of it's people, not it's government.
Honorably and Respectfully,
Paul Davis Jr.

We must be willing.

"Far better it is to dare mighty things, to win glorious triumphs even though checkered by failure, than to rank with those poor spirits who neither enjoy nor suffer much because they live in the gray twilight that knows neither victory nor defeat." -- Theodore Roosevelt

Encee Dubya said…
I went to school with a Paul Davis and named one son Paul after him.
None-the-less, even without a connection I agree with your thoughts.
Encee

Ben McCoy said…
Hello fellow Southeastern NC Fair Tax supporter! I'm just getting a new site started for you to share your valuable opinion about issues affecting us locally in Southeastern NC. Please check it out, join, and pass the word! God bless... 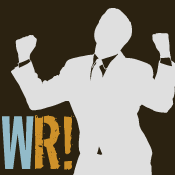 Marilyn Rickert said…
Thanks for the kind words Paul. We are going to raise a grassroots "army" that Congress can not ignore. Invite your FairTax friends to join us we, we need all the help we can get!

Welcome to FairTax Nation! Please feel free to invite your FairTax friends to join us also.

Welcome to the site. We are planning a huge year for the FairTax in 2009 so you came to the right place.

Please invite every FairTax supporter you know to join as well. We want to build an army of supporters as quickly as we can.

Thanks for Joining FairTax Nation!