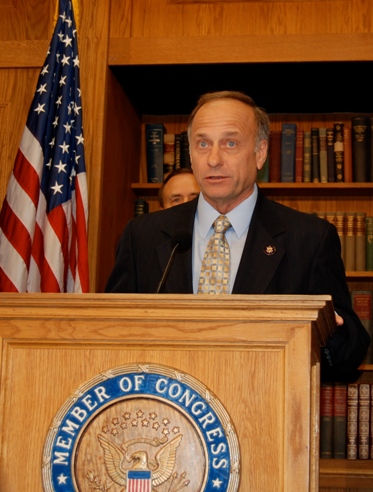 Our current economic crisis will not be solved through tax increases or massive government spending. In these tough times, we need an innovative solution on Capitol Hill: the FairTax. The FairTax is the best and most effective way to encourage business growth and positive, long-term economic performance. Enacting the FairTax would usher in a new period of American economic growth, create new jobs across the country and give American citizens more control over their own paychecks. On Tuesday, March 17, several of my House colleagues and I will spend an hour on the House floor discussing the merits of the FairTax and sharing its positive message with CSPAN viewers. Our goal is to educate and inform more Americans about the FairTax and how it can help American workers and businesses. Millions of Americans have either never heard of the FairTax or do not know enough about it, but as more people hear about the FairTax, support grows. My hope is that this hour and similar opportunities in the future will add to the groundswell of national FairTax support. I spent 28 years running my own construction business, and I remember thinking that if I was ever in a position to help dismantle the IRS, I would do everything I could to make that happen. Right now we need the FairTax not only because our federal tax system is broken beyond repair, but because it will help unemployed Americans find new jobs and help families pay their bills. Now is the time to position the FairTax in the center of the ongoing economic debate in Congress, the White House and throughout America. Rep. Steve King

Comment by charles antonio on September 5, 2009 at 6:56pm
Sorry for a second I confused him with Peter King of NY.

Comment by charles antonio on September 5, 2009 at 6:53pm
Also as a NY citizen I would love to see him become Senator as well as Rudy for Governor.

Comment by charles antonio on September 5, 2009 at 6:52pm
Well what the Fair Tax does that I support is it gives people both the power to choose there own taxes and it will revive the economy rapidly through people being able to invest and spend more. Now I wouldn't support the Fair Tax if it was at max 18% and there was an exemption on gas and the basic foods. Personally I would prefer going back to the Constitution and replacing it with 30% tariff with really no exemptions. Now I believe you can do this by replacing benefits with investment in renewable energy so you can receive the revenues in order to purchase healthcare and get money like welfare or Social Security. This would cut about one third from the Federal budget plus you can do the same thing with Veterans benefits in order to save some money there and you can even give the Veterans more with this and still save money. Also you should get rid of the Department of Education,Energy,Transportations,Labor, the office of personal management,HHS,Agriculture,Housing and Urban Development, and Interior. Now I don't think you have to get rid of all of them just saying this is a list of things you can get rid or just cut a little. Now a 30% tariff would be much better idea, because it doesn't penalize any American businesses,gives businesses a huge advantage if there in America compared to China, cuts the price of everything made in America, fixes the housing market almost instantly,brings millions of jobs back to America, and will fix the US auto industry. Now the Fair Tax does this to a lesser extent, because it still wont help the US as much in business.

Click on the house of Reps today at the top.

Then scroll way down the page to 16:36 for the beginning

Comment by Marc on March 17, 2009 at 5:01pm
I wished I would've known about the time change earlier...I was at work all day and my wife was trying to get a job. Is anyone going to post the video on youtube or some other site?

Comment by Everett Bennett, Jr. on March 17, 2009 at 4:09pm
These guys are too nice. They need to get tougher and put all members of the house on point! Maybe even start a "sub-party", neither Republican or Democrat, maybe "We The People" party!