Where Were You When They Raised The Debt Ceiling (Part Two)

On August 2, 2011, without any significant cuts in the level of federal spending, the Senate voted by a wide margin in favor of a bill already passed by the…

JFK on the income tax - who knew?

"The largest single barrier to full employment of our manpower and resources, and to a higher rate of economic growth, is the unrealistically heavy drag of federal income taxes on private purchasing power, initiative and incentive." - President John F. Kennedy in a special message to Congress on tax reduction and reform Jan. 24, 1963

Even back in 1963, JFK knew how crippling income taxes are.

The Congress shall have power to lay and collect taxes on incomes, from whatever source derived, without apportionment among the several States, and without regard to any census or enumeration.

History and Purpose of the Amendment

Our own piece of the world

Looking ahead a little at the coming elections, we can easily see how important our choices are today and this month and moving forward to election day. Each decision must be weighed carefully and then acted upon with purpose and urgency.

Revolutions andviolent upheaval in the Mideast, riots and union protests in most of Europe and "flash mobs" that have been pilaging Great Britain, with some overflow here at home.

The United States is not immune to all of the economic…

Gary Johnson was interviewed on POTUS Radio yesterday, when the host asked him about the Fairtax. He was asked what would happen when the price of an item went from $100 to $123 overnight from day before Fairtax to day of Fairtax.  A couple of blunders that Johnson made were quite glaring, especially in light of what would be the next caller's objections to the Fairtax.

One, Johnson didn't correct the host's price increase. We must be honest in that the price in the host's… 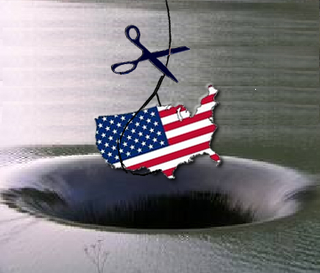 Even though this was released in 1992, the essential information in it is more relevant today.

Our country likes to thank our forefathers for the Constitution.

I applaud the thousands of patriotic Americans who are spreading the word so we can live in economic prosperity and uphold our Constitutional rights.

ARTICLE 1, SECTION 8 OF THE CONSTITUTION STATES THAT CONGRESS SHALL HAVE THE POWER TO COIN (CREATE) MONEY AND REGULATE THE VALUE THEREOF.

Imagine replacing over 70,000 pages of purposely complex tax code, with a simple fair code that just barely breaks 130 pages in length. It's far more possible than you might think.

The FairTax replaces multiple forms of federal taxation with a simple 23% inclusive tax at the point of retail sale on new goods and services. This landmark legislation eliminates income taxes and payroll taxes [In other words: You'll get your entire paycheck]. It removes the regressive AMT tax, that's… Continue