Above all, we must realize that no arsenal, or no weapon in the arsenals of the world, is so formidable as the will and moral courage of free men and women. It is a weapon our adversaries in today's world do not have.
-Ronald Reagan

A good compromise, a good piece of legislation, is like a good sentence; or a good piece of music. Everybody can recognize it. They say, 'Huh. It works. It makes sense.'
-Barrack Obama

Recently, at a speaking event in my own town a… Continue 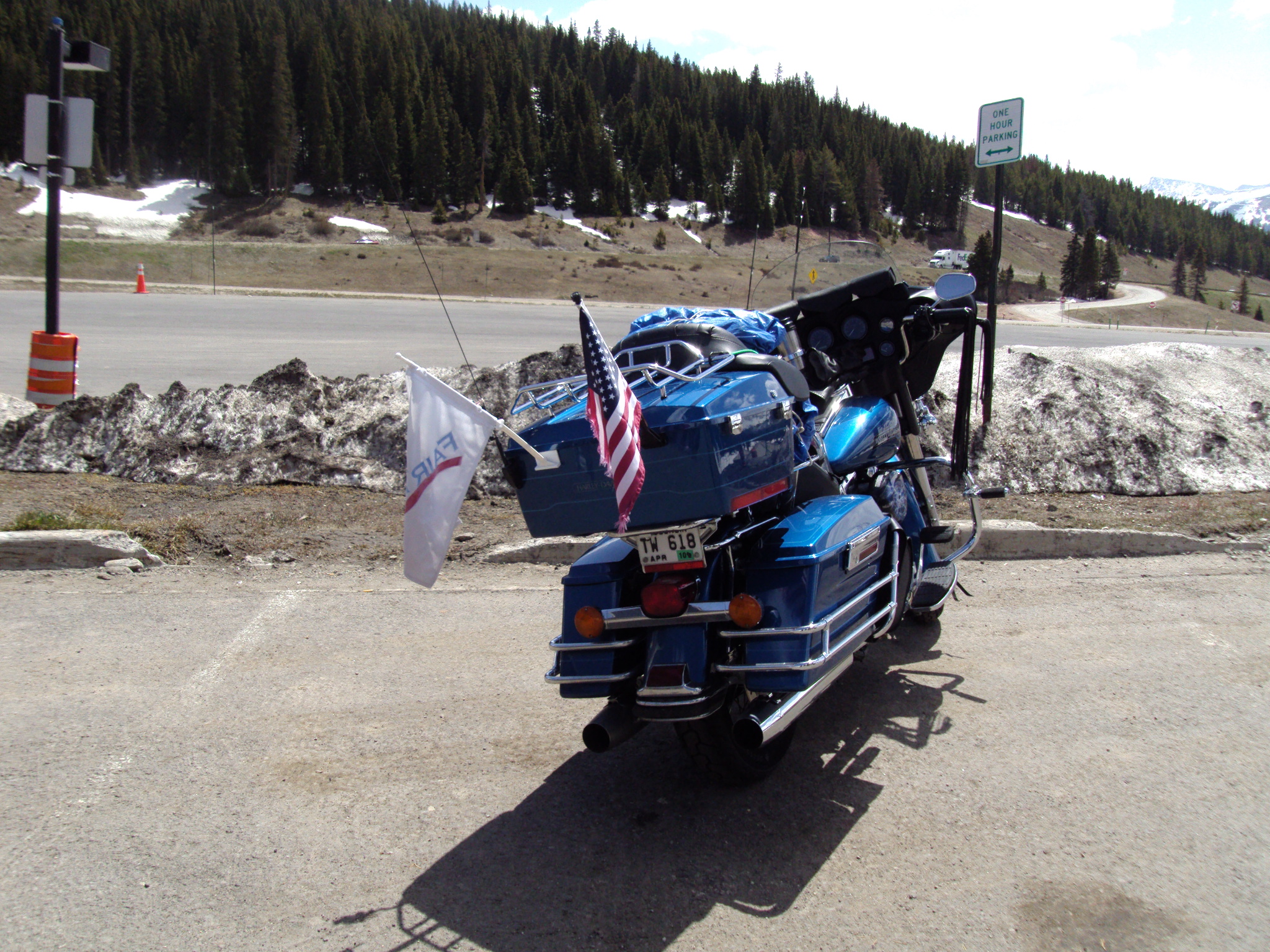 I just recently got back from doing a Freedom Ride from Cadott Wi. to Las Vegas Nv. I put on 3822 miles. I met alot of supporters on the way. I signed up 17 people along the way also, and ran out of the Fairtax info sheets that I printed up (200). The biggest area of interest seemed to be in Neb. and Ok. Granted I spent 4 hours at a couple of rest areas in Neb. waiting out some thunderstorms that never hit. Sorry to say that I didn't get any sponsers… Continue

A form of "hidden national sales tax" that in my opinion can only be described as a politicians dream, that would be subject to manipulation at the "taxmaster's" and or the "politicians" will is now being proposed by some elected officials. It is a "value added tax" that is embeded into everything we purchase. At each step of the manufacturing process it is a cost that is passed on to the next phase. The logger sells to the mill, he pays a tax on the added value of forest products that now have… Continue

On May 27th The Obama Administration instructed Rahm Emanual's Brother Ezekiel Emanual to leak a story to the Washington Post www.washingtonpost.com. The story was about the need for a Value Added Tax. For those who may not be informed as to what this is, and how it works I will sum it up very quickly. We will use a wooden office desk as our example. When the Sawmill finishes the wood for the desk and sells it to the furniture manufacturing company the Sawmill will be taxed at 10%. The… Continue

As I and others have predicted the Washington politicians are using the fair tax movement to push for a value added tax of 25%. For those not familiar the VAT is a hidden 25% tax on all goods and services that everyone pays. It would be at best neutral and at worst regressive. This tax would be just another tax along with the income and corporate taxes.

I just finished watching the FairTax.Org Webinar for the past 45 minutes. It was excellent and provided many answers that you might have about the Fair Tax. I would urge all FairTax Nation users to listen in next Wednesday to this Webinar. This information is available on the FairTax.Org web site. Presentation was great. Highly recommended.

I would appreciate comments on this: Any details of The FairTax should be discussed only after the absolute neccesity of reverting back to the Constitutional principle of indirect taxation is understood.

The reason I say this is because I have for 4 years been fielding comments at speeches and on blog posts about nit-picking details of The FairTax that folks (usually so-called Conservative Republicans) toss about with glee and abandon. There is no end to this nonesense, it… Continue 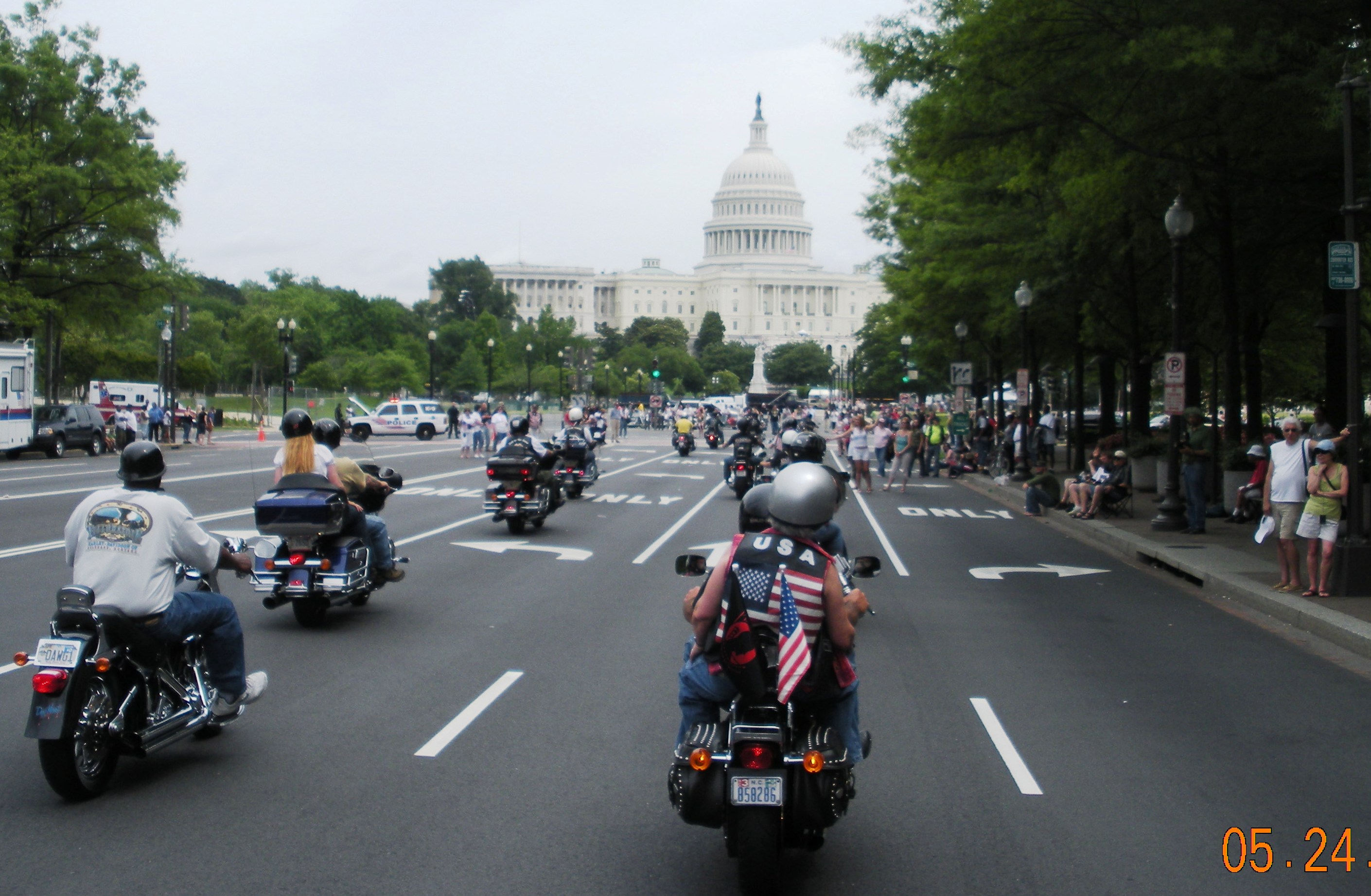 I believe that self discovery is the very best way to introduce someone to something new. By introducing the Fair Tax in a benign way, not for or against you give them the opportunity to discover for them self what it is and if they should support it. I know that I'm sceptical any time that anyone tries to convince me of anything.

Here's a simple way to spread the news about the Fair Tax. Get some of those pocket sized info cards and carry them with you in your vehicle. When ever you stop to get gas put 2 or 3 in your pocket when you get out to go inside to pay. When you get inside ask any one there if they know what your cards are. Then explain that some one gave them to you and gave you some basic facts about the Fair tax. Tell them that it sound interesting to you and ask them if they would like to have one of your… Continue

This year's GOP State Convention was held in the Convention Center in Savannah, Georgia. Supplies and banners were brought in by Lyn Williamson, 4th DD and setup of the booth was THE prime location for all delegates and attendees to come by our booth. In addition, we were flanked by the two top contenders for next year's governors race, Karen Handel and John Oxendine. Cong. John Linder along with other elected officials came by on Friday and Saturday during the convention which also had Herman… Continue

We have started a letter writing campaign. It is part of an "Initiation Packet". Here is what we are trying to do and what is included to make it easy to do.

• The Congressional Letter Writing Campaign will come with 12 envelopes, stamped and addressed to your Congressman, a supply of FairTax address label size stickers for the closure flap and 12 letters or examples of letters. When signing up you will be given a certain day of the month. So if you live in District 3 and are… Continue

Travel information for everyone who would like to plan on attending the Midwest Rally
http://www.midwestrally.com/

1. Food will be available from 8 am through the evening. Banks and Shane will be performing starting around 4 pm and will continue until people are gone...they said they will play till 10 pm if folks are lovin' it!!! I think that most will be exausted by that time, but who knows???

2. Hotel -- Block of rooms at the Hilton Garden Inn 1 mile from the… Continue

When you hear any politician indignantly demanding that corporations finally, “pay their fair share of taxes,” look to your own wallet. Corporations don’t have a secret cache of money to pay taxes nor do CEO’s take it from executive compensation. These taxes are always paid by workers, consumers and stockholders.

The recent shocking, shocking revelation that American businesses are sheltering their… Continue

The purpose of government is for those who run it to plunder those who do not. Throughout history, governments have used violence, intimidation, coercion, and mass murder to enforce this system. But governments' first line of "defense" is always a blizzard of lies — about its own alleged benevolence, altruism, heroism, and greatness, along with equally big lies about the "evils" of the civil society, especially the… Continue